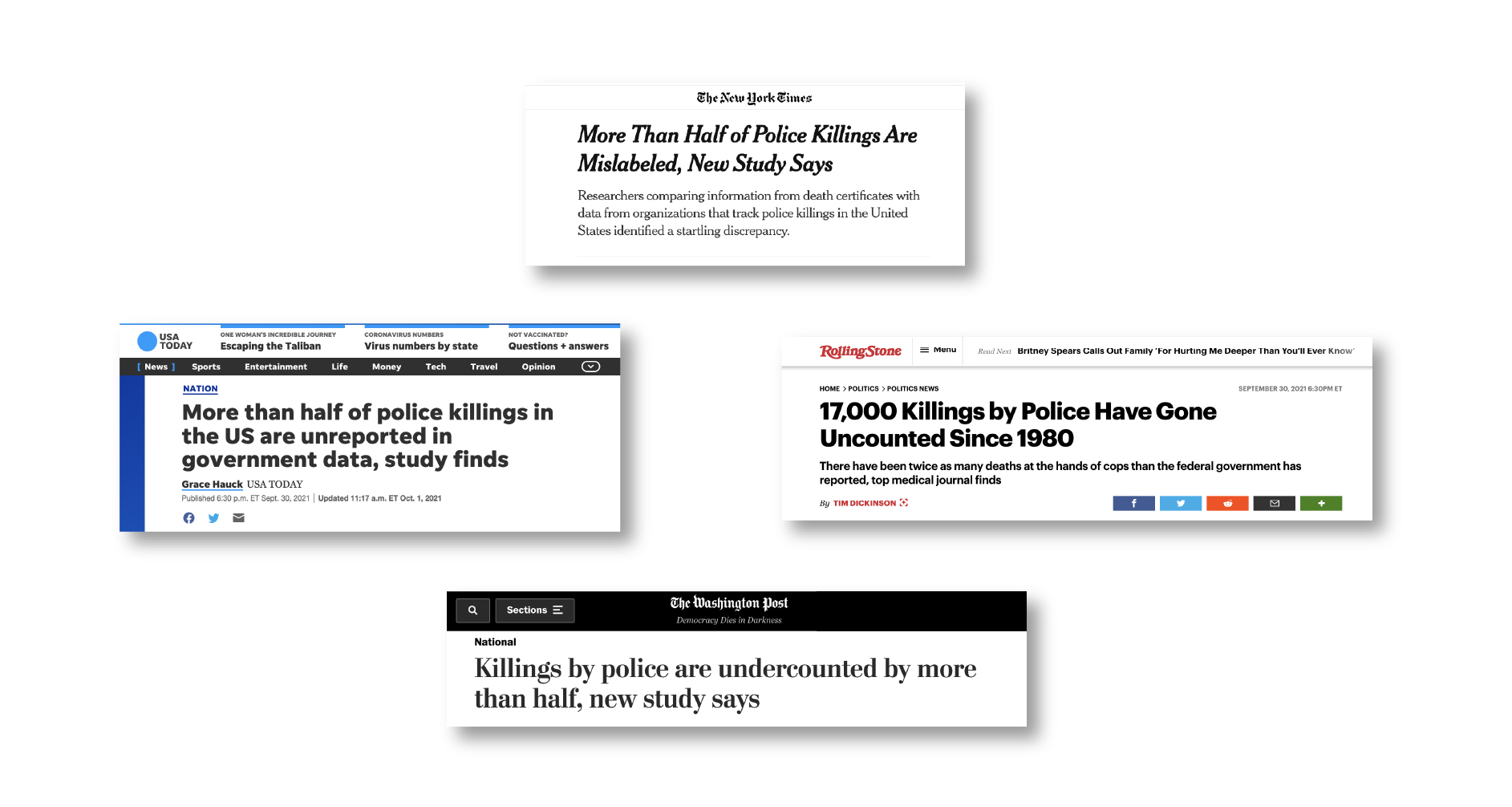 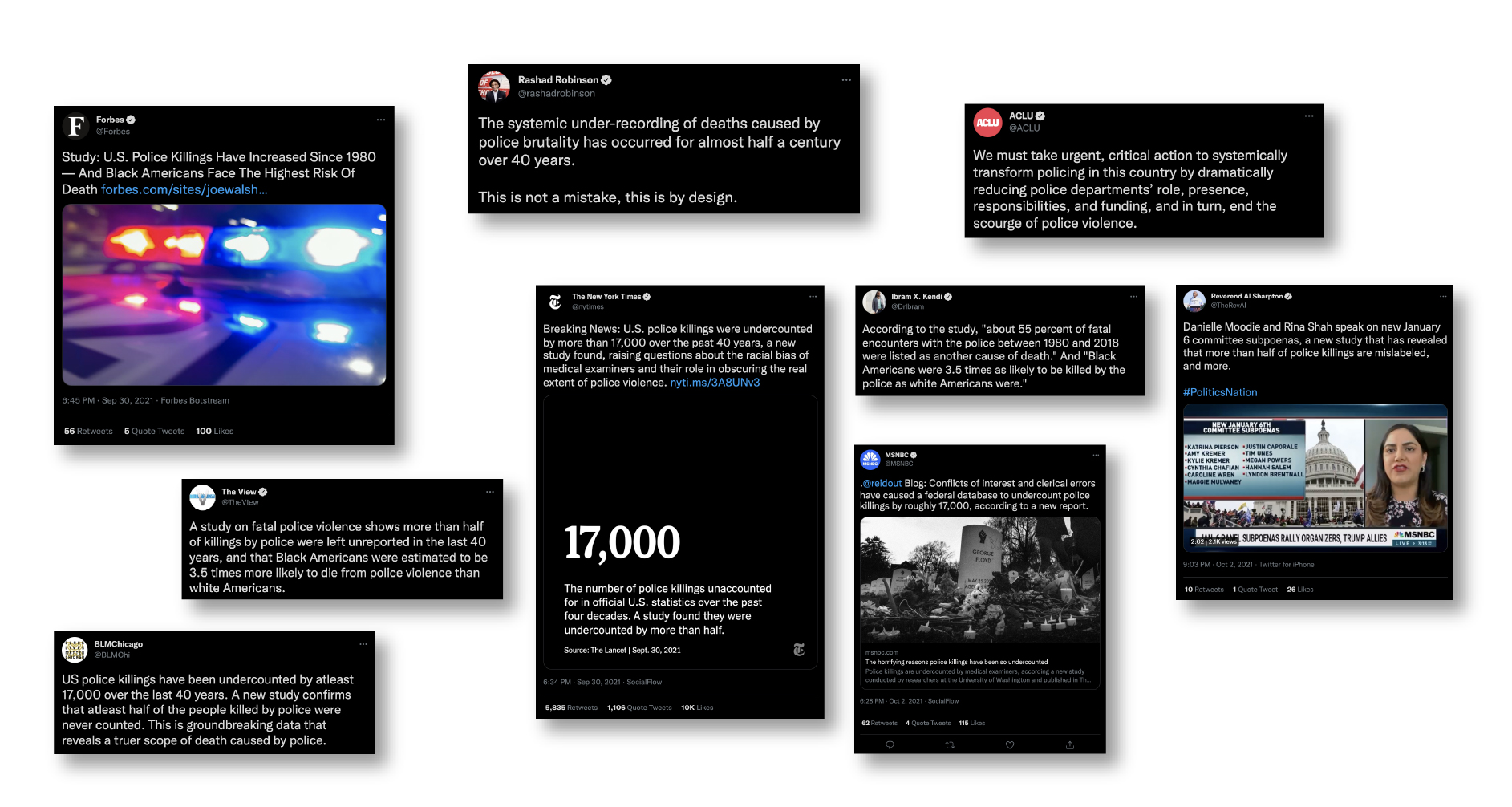 Develop and implement the launch of a groundbreaking study by IHME on killings at the hands of police in the U.S. that revealed a disproportionate impact on Black Americans and vast underreporting – as a strategy to improve reporting and influence policy change addressing a major public health and civil rights issue.

While high-profile police killings of Black people have drawn worldwide attention, the magnitude of the problem cannot be fully understood or addressed without reliable data from a trusted source.

M Booth Health crafted and implemented the strategic launch of a major study by the Institute for Health Metrics and Evaluation (IHME) that provides a comprehensive look at the scope of police violence in America. The initiative targeted influential journalists and activists with the credibility and influence to catalyze conversation and action to address the crisis.