Reversing the Disparity in Black Americans Dying from COVID 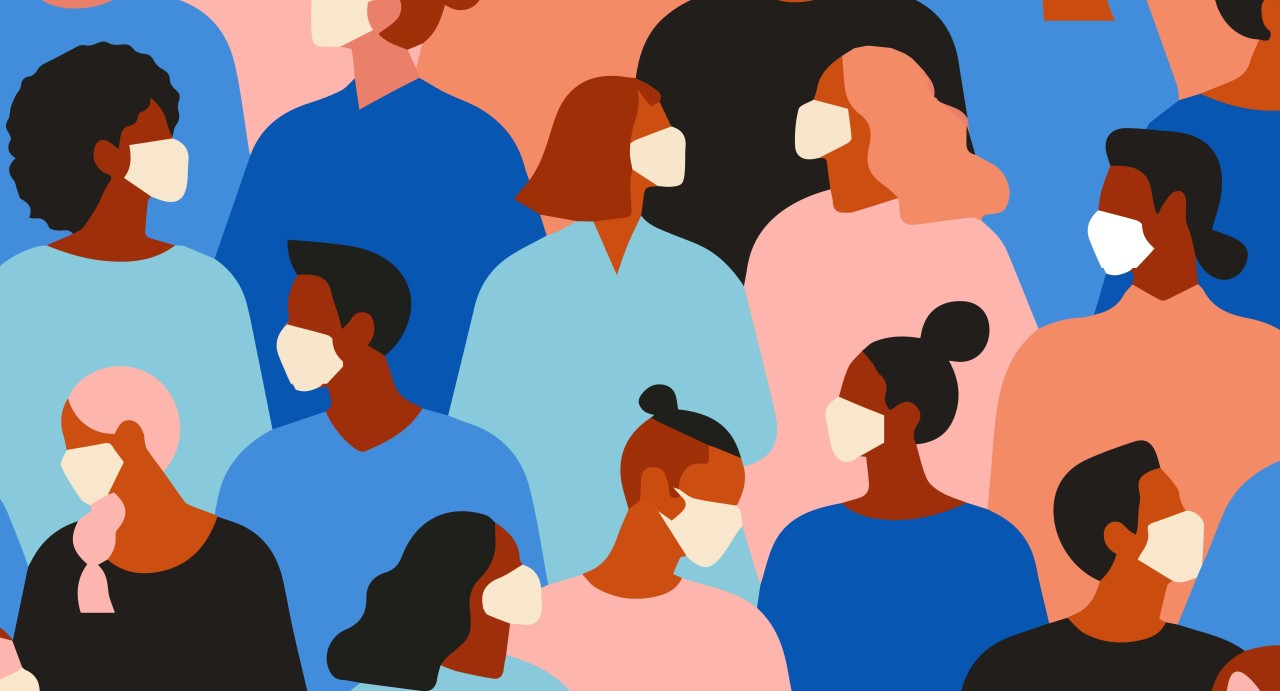 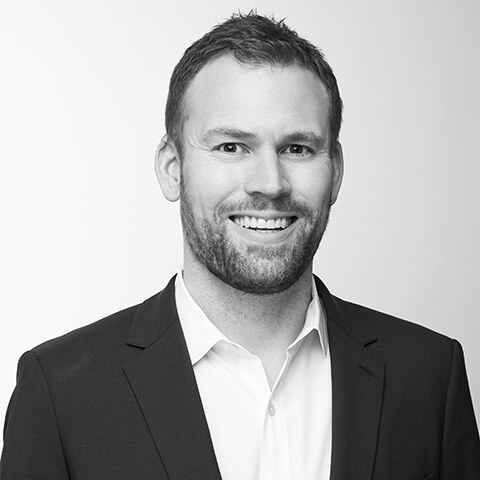 Cub Barrett is a senior vice president of M Booth Health and believes conversations and connections can improve health for people everywhere.

This article was co-written with Rashidah Timothy, a former vice president, media relations, at M Booth.

Among the many headlines generated by the COVID-19 pandemic are ones that strike at the heart of America’s history of structural inequalities: African Americans are bearing the brunt of COVID-19. In the words of Dayna Bowen Matthew, author of Just Medicine: A Cure for Racial Inequality in American Health Care, “What we politely call a health disparity is killing people of color daily. It is causing people of color to live sicker and die quicker, because of the color of their skin.” The data on COVID-19 provide the latest proof of this fact.

According to the latest CDC data on COVID-19 cases in the U.S., African Americans represent about one-quarter of confirmed diagnoses, yet they represent only about 13% of the U.S. population. These data are complicated by the fact that, according to APM Research Lab reports, mortality data by race and ethnicity have been suppressed in several states, underscoring the reporting issues the United States has experienced since the start of the pandemic. But one thing is certain: the CDC confirms that death rates among Black and Hispanic/Latino people are much higher than for White people in all age categories. And as states across the country grapple with record-high new infections, the need to communicate about COVID-19’s impact on populations of color is more important than ever.

There are many reasons why we’ve seen such a disproportionate impact on African Americans, along with other minority populations. Many factors that have been discussed by the media contribute to the significant race gap in mortality rates—including occupations, less social distancing, co-morbidities, and geography. But factors that receive less media attention are fundamental issues of communications and trust. For legitimate reasons, many African Americans distrust the government and the medical establishment—the two leading institutions delivering the national messaging about what to do to avoid exposure to COVID-19, and what the risks are to those who contract the virus. This distrust comes from centuries of exploitation, including slavery; failures in disaster and emergency responses that adversely and disproportionately affect African American communities; and health care access and health outcomes disparities that continue to persist.

So, as the United States marks nearly 130,000 deaths from COVID-19, including nearly 25,000 African American deaths, how can we do a better job protecting African American populations as the pandemic rages on—especially during a summer fraught with so much racially-driven tension?

From a communicator’s standpoint, it’s not enough for an African American government leader to serve as the messenger. Case in point: In February, U.S. Surgeon General Jerome Adams, an African American man, actually downplayed the risks of COVID-19 when news about the pandemic first emerged by tweeting that the flu was more dangerous than the new virus. As the realities of the pandemic began to take shape, those early remarks reinforced the idea that the government was delivering conflicting—and even harmful—messages. Later, when Adams did talk about minorities being heavily affected by the pandemic by trying to be relatable to those communities, many viewed his comments as unhelpful and patronizing. While relatability is important, Adams could have been more effective had he conveyed the potential impact of the virus sooner, while clearly acknowledging the socioeconomic inequities that made some minority communities more vulnerable to complications from the virus.

With expectations for the continuous spread of the virus until a vaccine is available, it’s essential that smart public relations strategies are deployed in a way that reaches and motivates the African American community to follow precautions and guidelines. If people don’t hear clear, consistent messaging from trusted spokespeople, they will have questions about what to do—which leaves too much room for interpretation. In every communications strategy that we draft and execute, we consider not only the level of intimacy and compassion that’s needed to reach the target audience, but also the messages, messengers, and media that will have a direct, effective impact. Here’s what we recommend:

One of the most important early actions around talking about COVID-19 to African Americans should have addressed African Americans’ historic distrust of government and medicine. This manifested itself in COVID-19-related myths developing among community members, including stories that African Americans were immune from the virus. Even after respected actor Idris Elba shared that he and his wife tested positive and were recovering from COVID-19 in the early days of the pandemic, he acknowledged that many African Americans remained suspicious and thought he was spreading fake news. Elba appealed directly to his African American audience on Twitter to try to dispel these myths.

After thinking about biases, we have to identify and align on 3-4 key messages to deliver in every media moment. It’s equally important to be consistent in these short and specific messages to the targeted audience. Since there’s a lot of fear and uncertainty around COVID-19, it’s important to also have a clear call to action to tell people what to do to protect their health and the health of the people around them.

In the case of COVID-19, there are actually two sets of messages that need to be communicated: one for the community that has the benefit of being able to shelter in place and practice social distancing, and the other aimed at the community that includes essential workers (according to the CDC, employed African Americans are more likely than their white counterparts to be deemed essential, putting them at greater risk of exposure because they aren’t able to stay at home or work from home). These messages must include actionable and achievable tactics to stay safe that include wearing a mask—even during protests—washing your hands, and keeping six feet apart—again, even during protests. Messages about the recommendations must be easy to remember and follow.

We think about this all the time in PR when we want to promote an idea, a product, or the findings of a new study, but for public health messaging it’s crucial to strike the proper balance.

For many African Americans, faith leaders are often viewed as trusted messengers; they’re a lifeline of the community, and they can help debunk theories. But because COVID-19 is disrupting faith community gatherings across the country, faith leaders need to get creative. Since the start of the pandemic, churches and faith-based organizations have been reaching their congregations by streaming services and other meetings online. They’re also encouraging folks in their communities to get tested and to follow social distancing rules.

For example, at Abyssinian Baptist Church in Harlem, Rev. Calvin Butts partnered with New York State to increase testing at the church, which is in one of New York City’s hardest-hit communities. Pastor Jamal Bryant’s New Birth Missionary Baptist Church in Atlanta, along with other pastors across the country, have adopted a similar model. Trusted local political and other community leaders could also contribute to this kind of dialogue and model behavior.

We’ve seen some success with this as many of us seek to balance safety with our right to speak and protest freely. As people of all colors and backgrounds take to the streets to protest another public health crisis—the killing of unarmed Black men and women—trusted political leaders, including New York Governor Andrew Cuomo, have implored protesters to wear masks. Cuomo has been vocal about the impact of COVID-19 on communities of color and has become a trusted messenger to all New Yorkers about how to stay safe.

And people have listened and taken action: pictures of protests around New York have shown thousands of mask-wearing citizens. As a result, New York has yet to see the protest-related spike that many feared. And because more New Yorkers of all backgrounds now understand the truth about protecting themselves and others, they have been able to make their (masked) voices heard as they help shape the future of this country—even as we continue to respond to the coronavirus.

We’re hopeful that out of all bad must come good. While federal officials anticipate more deaths and there is still so much we must do to combat COVID-19, it’s promising that vaccine development is underway and that the virus can be better managed with testing, contact tracing, and effective education in place. We know a lot more now than we did in the early days of the pandemic, and we need to use that knowledge—along with our knowledge of effective communications—to halt COVID-19 in its tracks and continue to save the lives of our vulnerable friends, families, and communities.