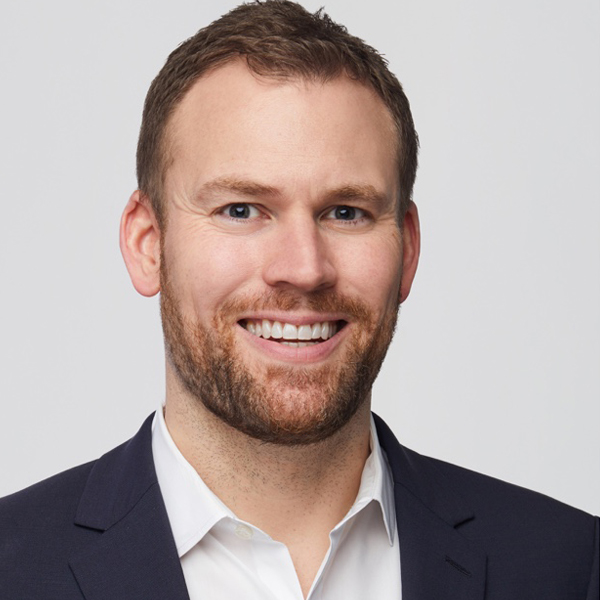 Written by Cub BarrettCub Barrett is a senior vice president of M Booth Health and believes conversations and connections can improve health for people everywhere.

This Pride month, those of us who are able and vaccinated are reconnecting with what we love about our community—what many call our chosen family. (And if you want to experience an evening of pure joy by watching people around you experience pure joy, may I recommend walking down the narrow steps of historic West Village piano bar Marie’s Crisis?)

Of course, part of that LGBTQ experience is coming out. Again. And again.

When I first came out of the closet as gay to my best friend, I remember feeling so relieved and elated that I wanted to run a lap around the block. She brought me back down to earth by reminding me that this was just the first step: I still had to come out to everyone else in my life, or at least to the people who needed to know.

Slowly, I went about doing just that: first to other close friends, then to family, then to more friends. Then, as the years ticked by, to new friends, colleagues, and employers. Each time, having that “I’m gay” conversation took planning. It took pride—the kind of Pride that LGBTQ people all over the world are commemorating this month. And it took a degree of courage, as some people surprised me with their immediate acceptance, while others stunned me with their reticence. Even now, as a new father in my early 40s, I am still amazed at how often I need to have the “I’m gay” talk.

Recently, at my first post-pandemic brunch with some gay friends, we talked about the continual process of coming out—and how talking to our healthcare providers about our sexuality was one of our most awkward coming-out conversations. My friends relayed stories of doctors who were uninformed about LGBTQ health, or who appeared to judge their sexual histories or honest revelations about substance use.

This kind of judgmental provider-patient relationship has ramifications: some of my brunch friends stopped discussing personal issues during office visits and certainly won’t initiate conversations about sensitive, yet important health concerns. Some are even turning to urgent care clinics for STI testing and treatment—choosing not to inform their providers.

Data show that LGBTQ people are disproportionately affected by HIV, STIs, anxiety, depression, and substance use compared with their heterosexual counterparts. By not presenting their authentic selves at the doctor’s office, LGBTQ people are not only battling stigma; they are not receiving the medical care they need.

Honesty determines the quality of your care

At M Booth Health, we are all about sparking conversations that lead to better health for people everywhere—and everywhere starts with you at your provider’s office. In matters of health, you will always be your own best advocate. Your sexuality is fundamental to your identity and a critical influence on your physical and mental health. Only by sharing a full and honest picture of who you are can you expect the best possible care. Honesty cultivates trust—the foundation of any good provider-patient relationship.

Having “the talk” with your provider

Sometimes saying “I’m gay” can feel like the hardest step in talking honestly to your healthcare provider. But research shows that many patients need to be the catalyst for this important conversation: a 2017 study in JAMA Internal Medicine showed that nearly 80 percent of providers thought patients would refuse to answer questions about their sexual orientation, but actually, only 10 percent of survey respondents said they would refuse to reveal their sexual orientation. In actuality, only bisexual patients had increased odds of refusing to provide sexual orientation compared with heterosexual patients, according to the study.

Patients need to find the confidence to openly discuss their sexual orientation with a provider, even if it feels awkward. Coming out to a doctor is usually a relief, but it is wise to have a game plan. Figure out what you’re going to say in advance and be ready to answer specific questions about your sexual activity. Remember, you are coming out to your provider so you can receive the best possible personalized medical care; it’s your provider’s responsibility to ask the right questions, and your responsibility to answer honestly.

When “I’m gay” causes discrimination in the medical office

Those of us who have come out to many people know that not all reactions are positive, and LGBTQ discrimination by healthcare providers is real. According to a 2017 nationally representative Center for American Progress survey, 8 percent of LGBQ respondents said that a doctor or other healthcare provider refused to see them because of their actual or perceived sexual orientation, and 6 percent said that a provider refused to give them health care related to their actual or perceived sexual orientation. Those rates were much higher for transgender people.

This is wrong. Any kind of discrimination has no place in a medical setting—particularly when receiving medical care can literally be a matter of life and death.

CDC estimates that about 1.1 million Americans who are most at risk of acquiring HIV should be prescribed PrEP, with a heavy emphasis on gay and bisexual men. But in 2015, CDC estimated that only about 3% of those people were on PrEP. In a sign of major progress, in 2019, nearly 23% of people eligible for PrEP were prescribed the drug. But that means that nearly 80% of people who are most at risk of HIV infection are still not on PrEP. Providers need to know the sexual histories of their patients—whether they’re LGBTQ or not—well enough to know if they should be prescribed PrEP, and patients need to feel comfortable enough with their providers to ask about it.

If you  feel you’ve been discriminated against by your provider, the Human Rights Campaign (HRC) offers resources to patients, including advice on where and how to file claims at the local, state, and federal levels. And whether you choose to file a claim or not, don’t let discrimination stop you from seeking necessary medical care. You need to find a provider you trust—one who can give you the treatment and attention you deserve.

If you’re searching for a provider and you have access to a network of LGBTQ people in your area, ask for recommendations. Many health insurance companies provide lists of providers who are searchable by practice area and specialty and the Gay and Lesbian Medical Association (GLMA) provides a searchable online directory of LGBTQ-friendly providers around the country.

If you already have a provider but haven’t yet come out to them, look up their name, network, or practice to see if there is any information specific to LGBT patients, or whether doctors have training in LGBTQ-related issues. If you don’t see anything online that references this, you may want to ask during your next office visit, or even call the provider’s office to ask.

It’s Pride month. Let’s live up to its name and come out with confidence—to friends, to family, and to medical providers. It’s a matter of pride, and of health.